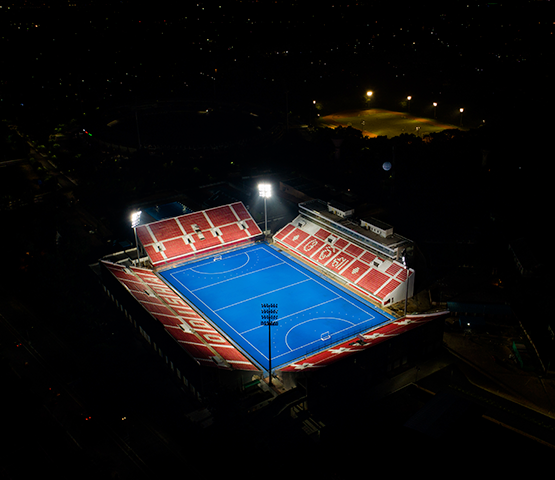 Kalinga Stadium in Bhubaneswar, India will be a venue for the Odisha Hockey Men's World Cup in 2023. The Odisha region and Bhubaneswar's Kalinga stadium are already familiar locations for Hockey fans. Not only did they successfully host the 2018 Men's World Cup, 2014 Men's Hero Hockey Champions Trophy, it is also home to the Coal India Hockey India League franchise Kalinga Lancers, winners of the 2017 League title. Fans will descend upon the Kalinga Stadium to share the glory of hockey's biggest event, where the men's World Cup champions will be crowned and legends will be made.

The Odisha Hockey Men's World Cup 2023 will take place in January in 2023 and will see 15 teams join hosts India at the event.

The multi-purpose stadium, built in 2010, has facilities for athletics, football, basketball, tennis, table-tennis and swimming, ensuring that it is well equipped to host international sporting events. The capacity for this prestigious event is going to be increased to 15,000 seats. India has a strong history of hosting World Cups. They hosted the World Cup in Bhubaneswar in 2018, in Delhi in 2010 and in 1982 in Mumbai (previously Bombay), however the India team has won the title only once in the Cup's long history, becoming national heroes in 1975 when they accomplished a historic feat by beating Pakistan 2-1 in the World Cup final to earn the title of champions