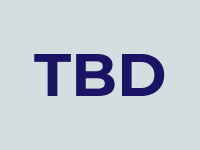 The Olympic champions from Rio 2016 are Pan American hockey’s most potent force, having been crowned continental champions on 14 separate occasions. With a swashbuckling style and incredible technical ability, Los Leones can match any team on the planet. The team is coached by former Argentina goalkeeper Mariano Ronconi, who will do all he can to lead his talented group to a first men’s World Cup title.

Although the squad has not been confirmed at the time of writing, it is expected to contain at least three veterans of that glorious gold medal winning squad from Rio 2016. Agustin Mazzilli, Lucas Vila and team captain Matias Rey – named Player of the Tournament as his team swept to victory in the 2022 Men’s Pan American Cup in Santiago, Chile to seal their ticket to this event – remain outstanding performers despite being well into their 30s.

The team recorded a notable 2-1 victory over reigning Olympic and World champions Belgium in November, providing a timely reminder that they can match the best in the business. Can Argentina emulate their men’s football team by winning a World Cup on Asian soil?

* The Oceania Cup could not be completed before the qualification deadline due to travel restrictions related to the COVID-19 pandemic. The two Oceania quota places were filled based on the men’s FIH World Rankings.