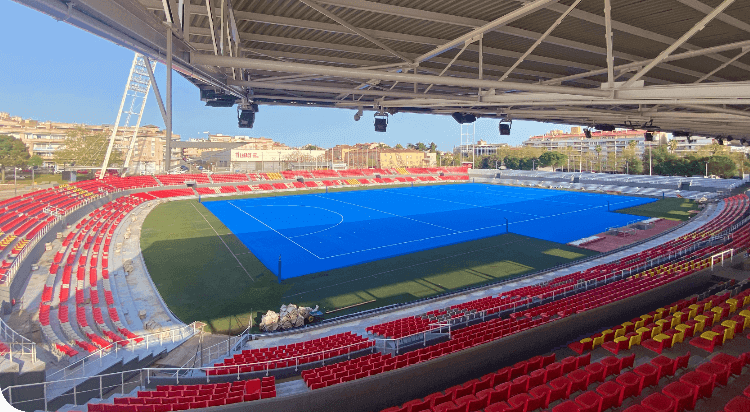 The Terrassa Olympic Stadium once again becomes a first-level hockey field to host the FIH Hockey Women's World Cup Terrassa 2022. The Terrassa FC home stadium already hosted the hockey competition at the 1992 Barcelona Olympic Games, where Spain won the gold medal in the women's category and Germany won gold in the men's category. To host the championship, the stadium has been reformed. Its facilities have been improved along with the comfort of spectators so that they can enjoy the best hockey show in the world in the best conditions possible. The spirit of 1992 will once again reign in a city that feels hockey in its spirit. This coincides with the 30th anniversary of the Olympic event and the city will be the focus of international hockey.